PM Modi planning a ride to Mars on Mangalayan 2, scheduled for 2016 launch

Prime Minister Narendra Modi, happy with the huge success of the Mars Orbiter Mission (India's first venture into the interplanetary space) is contemplating to visit Mars riding on Mangalyaan 2 that is all set to be launched in 2016 by ISRO. Modi's enthusiasm also stems from the appreciation he received, and the credit his government got, for the Mars Orbiter Mission despite the fact that his government had absolutely no role in this mission.

The Indian Space Research Organisation (ISRO) is the space agency of the Indian government founded by Dr. Vikram Sarabhai on August 15, 1969.

NaMo to launch "Shift City" on Mars under "Make Mars India" Project. The project to be completed in 2017

According to our Mars-based sources, Narendra Modi wants Indians to capture key strategic locations on Mars and cover up as much area as possible before his counterparts in developed countries can even think of launching their manned spacecraft to land on Mars.

Scientists have found Mars to be the most hospitable of the planets (other than Earth) in terms of its surface conditions and the likely presence of water. 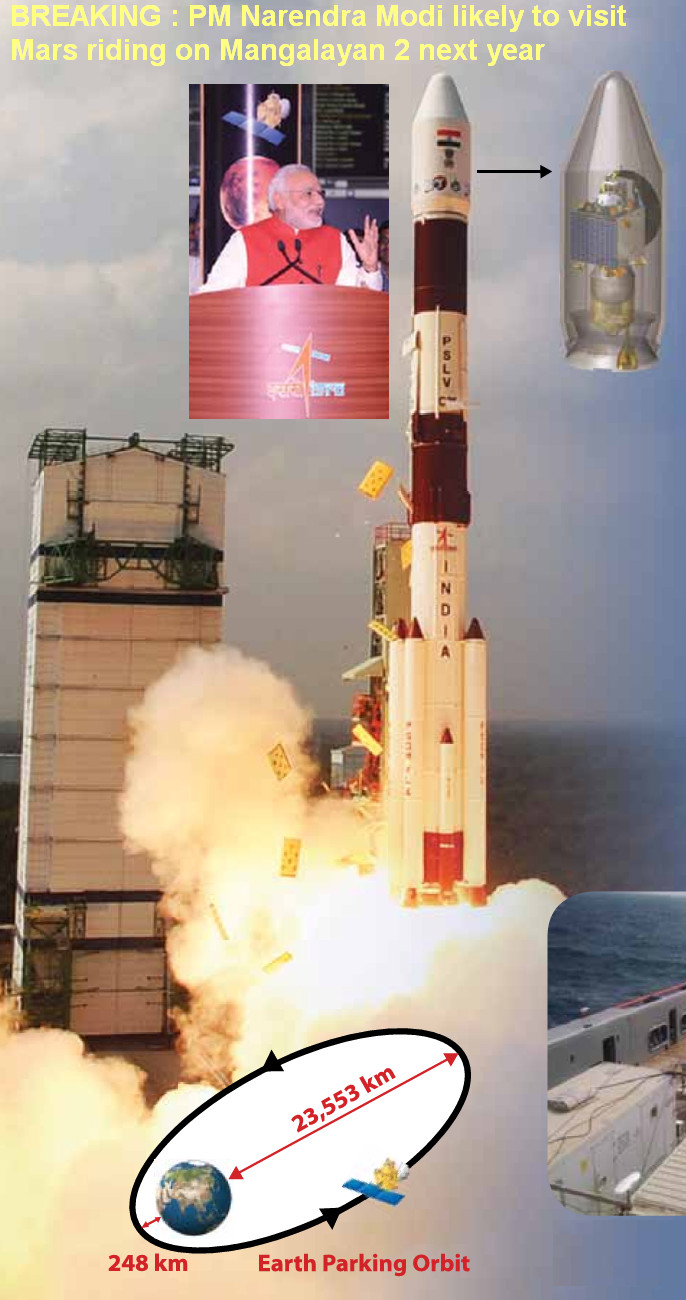 Indian scientists have already proved that even the cost of travel to Mars - @ Rs. 7 per km - is quite affordable. "With the dwindling prices of oil and advancements in energy efficient space technologies, it is expected that, by 2020, a trip to Mars could be undertaken in less than 24 hrs. at the cost of New Delhi to New York trip," said sources close to experts who are believed to be advising Modi on this project. The project has been nicknamed "Make Mars India" Project by Modi who has initiated several India-centric mega projects that have 'India' in their names.