F4Fnews sources from Islamabad have revealed that Pakistan leadership is alarmed by the forceful speech in Brussels by Prime Minister Narendra Modi in which he asked the United Nations to accept India’s demand to pass a resolution defining terrorism failing which the UN could become irrelevant. Narendra Modi has been demanding criteria to be fixed not only to define terrorism but also its supporters and for declaring a country a supporter of terrorism (terrorist country). 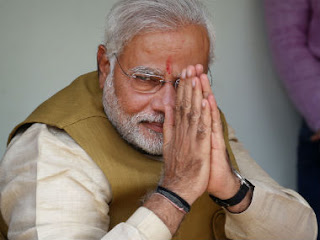 Union minister for Urban development Venkaiah Naidu, on March 21, 2016, made a strikingly profound statement declaring Prime Minister Narendra Modi as "God's gift to India" and also a "messiah of the poor". He said so at the BJP's national executive meeting in New Delhi. The statement is seen as part of the Resolution at BJP's National Executive meeting.

Ever since Venkaiah termed Narendra Modi as "God's gift to India", we at F4Fnews, have been flooded with inquiries regarding Venkaiah's new discovery about Narendra Modi. A large number of people, cutting across the party line, have been asking how did Venkaiah come to know about this fact and why he took almost two years to tell this to the people of India after Modi became Prime Minister. Some people think by hiding this vital fact from the public Venkaiah and his party have cheated them. "After all, any gift given by anyone to India, automatically makes people of the country the custodians of that gift," they feel. The outrage of the people is distinctly visible on the Social Media like Twitter and Facebook where they have shared their mixed feelings.