After proposing to award Hon Doctorate to India's Prime Minister Narendra Modi, Harvard, world's top university, has made a revolutionary change in its admission policy.

"Prime Minister Narendra Modi has clearly proved that "a son of a poor mother", like him, can manage India's complex economy in a much better way than highly experienced Harvard-educated professional economists some of whom are even Nobel Laureates," Drew Faust, President of Harvard University, is supposed to have said in a yet to be released press note. Ms. Faust was clearly referring to the recent election speech of Modi in which he claimed that his decision of demonetizing India's high-value currency notes - called NoteBandi - was a great decision. Modi also gave GDP growth figures and other data in support of his claim. 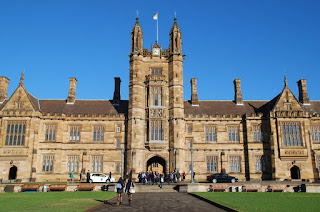 Nobody is happier than PM Narendra Modi from the announcement of the Central Statistics Office (CSO), Ministry Of Statistics & Programme Implementation, Government Of India, informing the world that India's GDP in Q3 of the FY 16-17, grew by 7%.

PM Narendra Modi, in a hard-hitting election speech in UP, strongly devalued those who were predicting that India's GDP would be badly hit due to his decision of demonetization 500 and 1000-rupee notes - comprising 86.4% of the total value of currency  in circulation - under his biggest drive against black money, terrorism and fake currency menace.