F4Fnews has learned that the All India Pickpockets Association (AIPA), representing around 125,000 pickpockets from around the country, has written a letter to Prime Minister Modi urging him not to convert India into a totally cash-less society. "We are the oldest self employed community of professionals whose existence has been suddenly threatened by your NoteBandi," said the association president in the letter. The name of the president and address of the association could not be traced till the time of writing this post.

"Our association represents small-time pickpockets whose income has almost disappeared due to 'Notebandi' which has resulted in people carrying their wallets with hardly any cash. Our yield per successful attempt has touched the rock bottom level, never seen in the history of our profession," the letter claimed.

"In many instances our members have been caught and jailed despite our victims' appeal to the police not to take any action against them with a sympathetic argument that there was no cash in the 'Batua', any way," the letter alleged.

The association has appealed PM Modi to help them preserving the ancient art of pick-pocketing which is facing the possibility that the tradition could be lost in this generation.

"We are sure you will appreciate that compared to renowned bank defaulters who run away from the country after looting the banks, our members totally rely on private individuals and also, on many occasions, help the local police in their performance improvement drive by getting caught voluntarily. We urge you, therefore, to provide us your help and blessings so that we can continue to earn our living," the letter is supposed to have conveyed the prime minister. 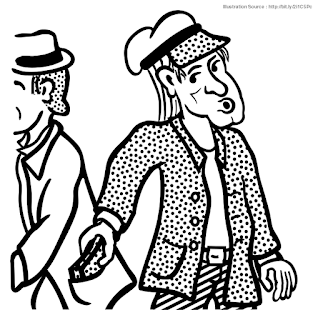 The letter also reflected the humane side of India's pickpockets, a fast disappearing artisans' community. "Sir, you will be glad to learn that our association has unanimously decided to give an undertaking that - from January 1, 2017 - none of our members would retain more than Rs. 1000/- per successful attempt of wallet (Batua) captured by them. The excess amount will be refunded to the rightful owner directly or through police. We also assure you that no member of our association will ever look at other items in the wallet and they will be returned safe," association president promised.

"Sir, you will be glad to know that - as such - a large number of our members personally support your idea of NoteBandi & Cashless India. But as they foresee existential threat from these policies, they have to write this letter," association president said. The association has also offered following proposals to PM Modi for further consideration : 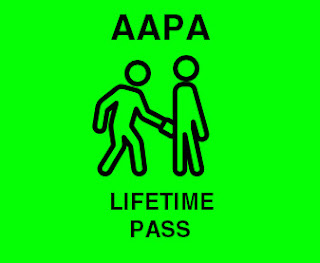 Association members are also ready to go cashless if the government permits them to issue (online) a LIFETIME PASS charging Rs. 500/- per person via net banking or Paytm/mobile banking. The issued pass must be pasted on the pocket as a mark of identification for worry-free safe travel across the country without any restriction on the size of the Batua. Other membership options also could also be worked out.

A sizeable number of new generation of young members of the association, who lack the required aptitude, have expressed their desire to switch over to some other more respectful profession. Similarly, many of the well-off senior members - who wish to retire - don't want their children to get into this profession due to their own personal and/or social reasons. Looking to this, the association has urged PM Modi to enrol them in an appropriate skill development programs being run by the government all over the country. Of course, with a decent stipend. A new skill program could also be started looking to the aptitude of this differently-bright youngsters from one of the oldest community of enterprising self-employed people.

"We are sure Prime Minister, who has come up all the way from a Chaiwala, would appreciate the ambitions of less-fortunate members of our community and come out with some imaginative futuristic novel scheme even if people call it useless, mindless or not workable," the association president said closing the letter.


News items on this website are manufactured in the writer's own in-house plant for his own captive consumption. No Rights Reserved, or Unreserved. F4Fnews.com
at December 24, 2016